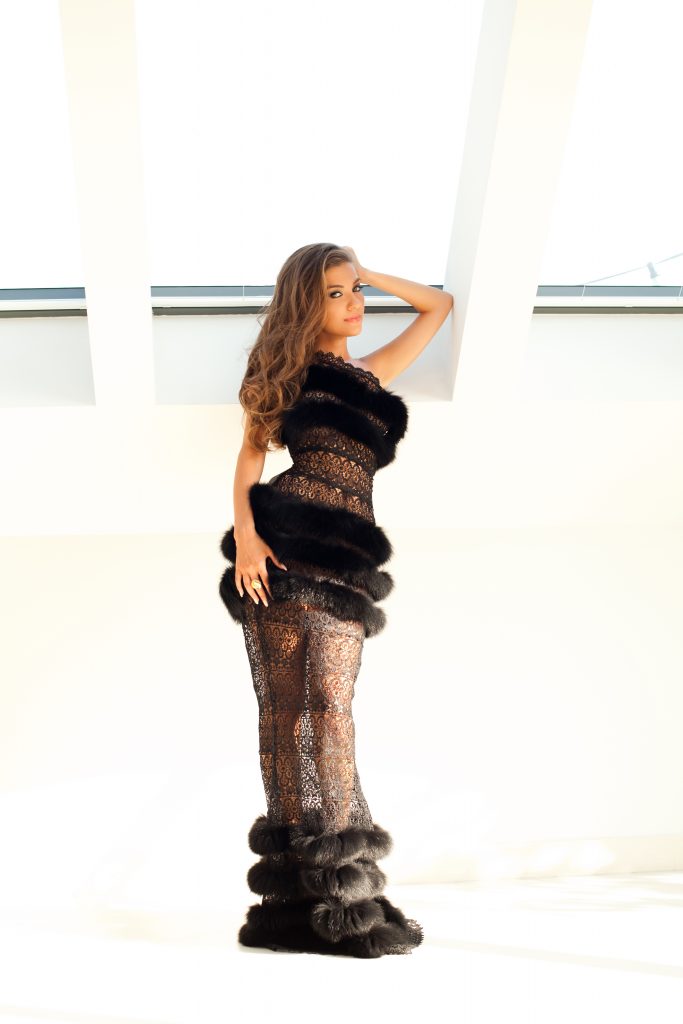 Aliz Nyári is a successful singer, songwriter and recording artist.

She was born into a musician family. Her father Károly Nyári is one of the most famous virtuoso pianists and singers of Hungary. Her mother Edit Lányi is the director of the family’s own management company, Charles Music Arts Management Company. Her siblings are Edit Nyári singer, and Károly Nyári who studies classical piano at Franz Liszt Academy Of Music Budapest.

Her talent was shown at a very early age as she had unawarely grown into music and performing.

After spending her early years in the Netherlands, as the family holds Dutch citizenship as well, she returned to Budapest to start her music education at her hometown. She began playing the piano at the age of 4 and continued to study classical piano at Weiner Leo Conservatory of Music Budapest.

Her career began as a child singer when she became the soloist at a musical concert show series called Musical World in 1997.

In 2012 she graduated at the communication and media department of King Sigismund University Budapest. In 2015 she completed her studies at the master course in Media and Communication.

In 2010 as one of the finalists of the first series of X Factor Hungary a wide audience got to know Aliz and her sister Edit Nyári singing in a duo. Since then they have had many sold out concert shows and performances.

Performing not only at highly successful concerts at venues in Budapest, Hungary such as The Palace of Arts Of, Budapest Béla Bartók National Concert Hall, the historical Erkel Theatre or the Hungarian State Opera she had invitations to perform at international venues as well.

Aliz Nyári achieved a lot together with her sister Edit Nyári singing in a duo.

Their debut single „Éld át” was written by the famous songwriter duo Viktor Rakonczai and Gergő Rácz and it was a breakthrough in their carrier leading the radio charts for months as the Best Hungarian Song.

The music video of the song gained recognition of professionals and the audience and it was frequently played by the music channels.

The success of the first song was followed by the second single “Pont jó” which also topped the radio charts and became the Best Hungarian Song again. The music video was shot in the elegant ambience of the Four Seasons Hotel Gresham Palace Budapest.

In 2012 their first maxi single titled „Pont jó” was released including their two successful songs as a runner-up to their debut album.

In 2013 December the first album of the singers Aliz Nyári and Edit Nyári titled Let This Love was released. They show their talent not only as exceptional vocalists but as songwriters as well. Their debut album contains songs from uptempo R&B to heartfelt ballads and also their two well-known radio hits. On the album Aliz Nyári also sang her original solo song titled Here To Stay, a beautiful love ballad written by her. An international collaboration with famous American rapper Shaun Pynne can also be heard.

Aliz Nyári had the chance to return to the Netherlands to perform the new material there as well.

In June 2016 the second studio album of the artists was released entitled “Szép szavak”. The album contains some of the most beloved songs of the singers that were written by them beside beautiful covers of international and Hungarian hits in a very unique rendition. A truly heartwarming duet can also be heard on this special album with their father Károly Nyári.

Aliz Nyári is a versatile artist who is not only a successful singer but had  great success playing roles in musicals such as Casanova at Esztrád Theatre in 2014, and Houdini at Mom Sport Hall Budapest in 2016.

She had the chance to perform musical, revue and broadway themed shows with dancers at five star hotels of Budapest and in Belgium as well.

From 2015 Aliz Nyári had the chance to perform at the Embassy of Hungary in Ankara, Turkey each year alongside her sister Edit Nyári and father Károly Nyári, representing their country, accompanied by their famous Hungarian jazz trio.

On 19th of June, 2016 Aliz Nyári and Edit Nyári held an exclusive unplugged concert show titled „Szép szavak” in a very intimate atmosphere of Mom Cultural Center Budapest. Crossing different genres of music the artists performed their original songs, hits of their carreer, as well as well known movie themes and evergreens that we all love accompanied by their live band. On 14th of February, 2017 Aliz Nyári and her sister Edit Nyári returned to the concert venue to perform their jazz inspired concert titled My Funny Valentine.

In 2019 summer Aliz Nyári released her new original song titled All The Time. The mid-tempo hit is an excellent combination of pop and r’n’b with a hint of soul. The song was first released on the album „Secret” of the famous Hungarian songwriter Norbert Kardos.

The singer would like to continue writing her own music creating a distinctive sound.

Aliz Nyári finds it really important to represent quality music on a high level. Her purpose is to continue the legacy of her musician family and to be an ambassador of real music that touches audiences from all age and genre.

We can expect to see her at exclusive events, concerts, shows in Hungary and abroad as well.